Many people who feel afraid of flying often feel alone. They feel like they are alone in their fear, while everyone else is enjoying the flight.

This is obviously not true since it’s said that at least one third of people feel uncomfortable about flying, and 16% has a moderate to extreme fear of flying (based on a survey conducted in the USA in November 2020).

But don’t worry – help is at hand. The SimpliFly App can provide very important remedies to nervous flyers like relevant knowledge and information, but many feel it’s just too much to confront the fear of flying alone. Because of this, SimpliFly has added a new feature to their application which is real-time help and guidance from off-duty pilots.

How does it work?

Diana and her husband arrived at the airport just before their flight was about to board. She booked this trip after struggling with her fear of flying for a long time, and thought it would be a good idea to join her husband on his business trip. But just as they approached the gate, minutes before boarding she got too scared and turned back. Because her husband had to fly, she had no choice but to return home. 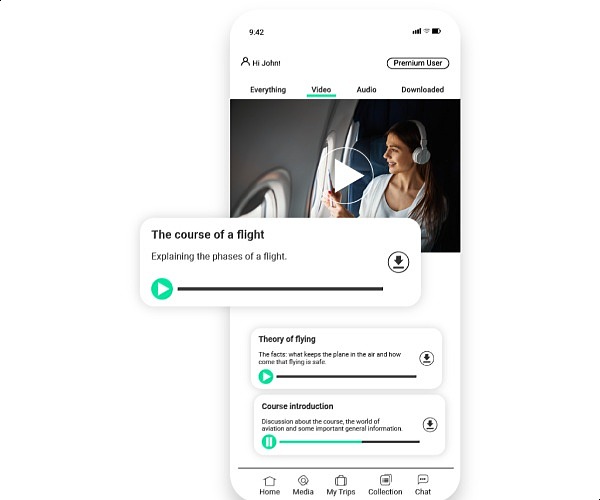 A close colleague of Diana suggested she try the SimpliFly App. A quick search brought Diana to the app, and she began watching the course. After watching a few hours, she decided to give it a second chance – and fly to meet her husband.

When she clicked the Chat button on the app, she was connected to retired Capt. Eric, who gave her more information about the route, the expected weather, and some helpful advice. 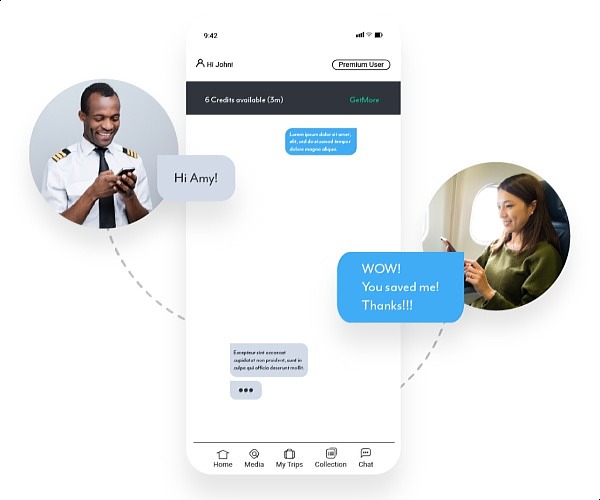 The next day, Diana boarded the flight alone. Fortunately, she had an internet connection on board, so when the flight got bumpy, she could connect to the SimpliFly app again. First Officer Daniella answered her call, tracked her flight, and provided information. Daniella also estimated that the light turbulence would end in the next twenty minutes and instructed Diana to watch the SimpliFly turbulence clip.

At the end of each chat, the user can rate the chat and comment. Diana gave it 5 stars and wrote: “I feel like I was born again!”

The requirements to become a support pilot include being an airline pilot or having been one in the past, and completing training, which includes a video training, as well as an online training session.

Currently, SimpliFly has 56 pilots from the United States, France, United Kingdom, Italy, Spain, Israel, United Arab Emirates, New Zealand, and more. Pilots are continually being trained so that they can ensure passenger assistance on any flight. All chats are monitored for quality assurance and training.

Fancy giving it a try? You can download the SimpliFly App now on – Google Play or Apple Store. Or watch the video below…