Turkish Airlines, the global carrier that flies to more countries than any other airline, has launched a new short film produced in partnership with Zach King. The four-minute film, titled First to the Gate, features the famous illusionist and filmmaker in a race through Istanbul Airport as he competes with his co-star, JJ Carroll, for a window seat on their flight.

Along with King, a crew of 90 people worked to create the film, which was produced in just four days. Directed by both Jadon Gauthier of WonderBox Entertainment, and King, the film is a fast-paced, exciteful adventure. Through a series of dynamic camera movement, creative effects, visual illusions and a dose of comedy, the film captures the audience’s imagination and showcases the state-of-the-art airport facilities, modern architecture, and Turkish Airlines’ Business Lounge offerings, all photographed with a sleek cinematic tone by director of photography Sean Conte. 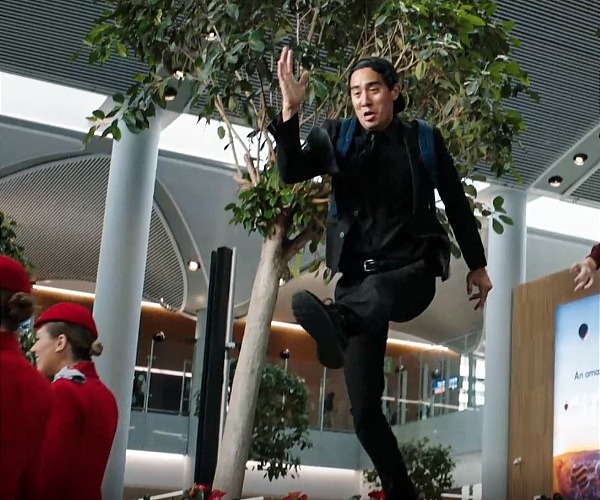 Turkish Airlines Chairman of the Board and the Executive Committee, Prof. Dr. Ahmet Bolat stated; “As an innovation airline, we’re passionate about providing a platform to showcase and support the work of forward-thinking creators like Zach King. This partnership is a nod to our spirit of collaboration, and an exciting asset that captures the grandeur of our beautiful hub, Istanbul Airport and the essence of the Turkish Airlines brand, in a creative and entertaining way.”

Digital illusionist Zach King said; “Turkish Airlines Business Lounge is excellent and I’ve never had such good food in an airport lounge before. I’m glad we had to show it off in the film because I think it really actually helps the production value of the short we are filming.” 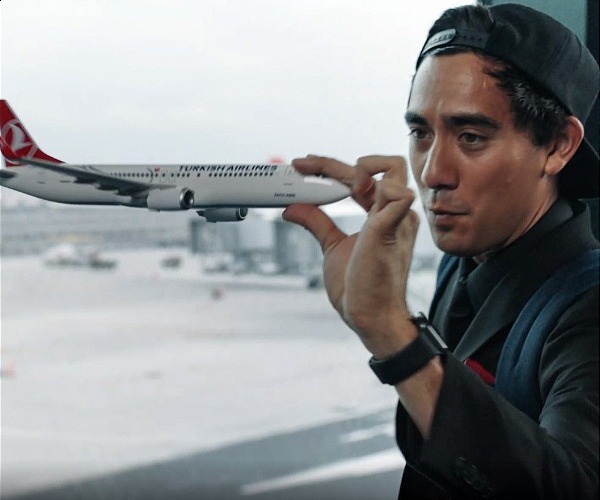 This film is the second collaborative project between Turkish Airlines and King, who previously helped produce a safety video for the carrier. A fan of Istanbul’s unique charm, the meeting point of East and West, amalgamation of historic and cosmopolitan, King has visited the destination nearly a dozen times to film multiple projects. His love for filmmaking began at a young age, but he quickly rose to social media fame after publishing some of his short videos featuring “digital magic” via YouTube in the early 2000s.

And here’s a ‘behind the scenes’ video: