“Life is a journey, not a destination” – Ralph Waldo Emerson

While the concept of an African safari has transformed over the past hundred years, the experience has yet to lose any the timeless glamour and romantic appeal associated with days gone by.

Glamour and safari. Two words often used in conjunction with each other, however the combined meaning may be slightly different to what you might think. Once upon a time, the word ‘glamour’ was less about superficial glitz, and actually referred to ‘magic’. Originating from Swahili, the term ‘safari’ means ‘journey.’ So, when talking about the glamour of a safari, we are referring to the magic of the journey.

There is a reason why many of the most sought-after safari establishments are located in far-flung corners of Africa. Not only do these remote areas offer some of the most untouched and pristine wilderness reserves, but they also fulfil the subconscious desire that many travellers possess to experience what it is like to have to journey to get somewhere. In an age of air travel and instant gratification, our souls can be found yearning for that change of pace. The concept of being able to take your time while travelling, and be mindful while enjoying the journey, might be a luxury in modern society, but it is a necessity when on safari. 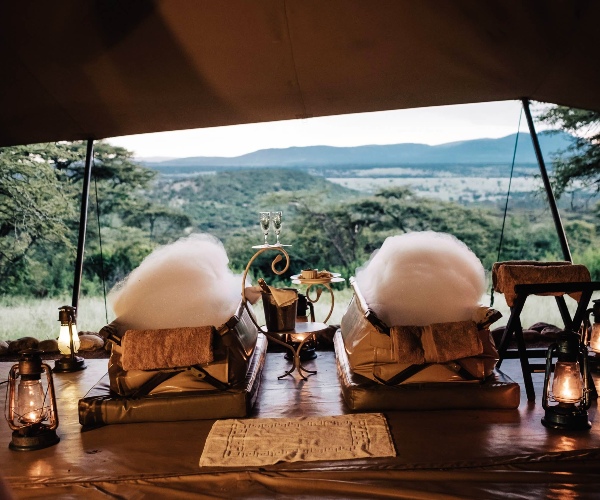 Many lodges and camps have managed to weave the original romance of a safari, with the contemporary luxury expected by today’s travellers, into their accommodation offerings. Think canvas tents, four-poster beds with flowing mosquito nets, and décor reminiscent of an era of unabashed opulence – all combined with the amenities and contemporary comforts of a five-star hotel. However, the truly successful establishments are those that also honour the traditional and timeless elements connected with this bygone era of travel.

Walking is the unarguable original form of transport, and thus walking safaris are among the most traditional safari experiences one could wish to partake in. With nothing but the sole of your shoes separating you from the earth, susceptible to the laws of nature, long-forgotten instincts are awakened and there is no better way to embrace the spirit of Africa. 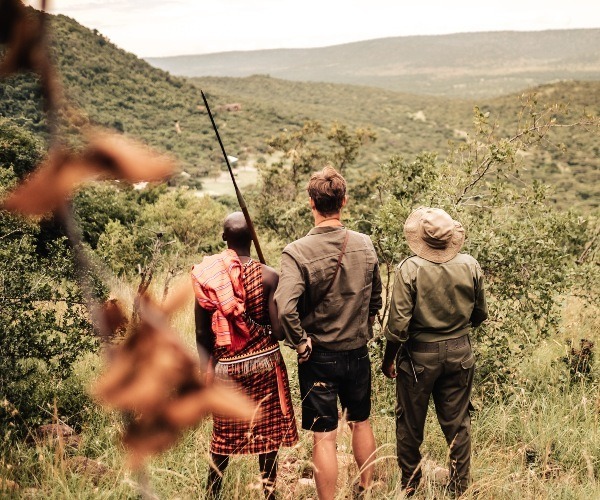 Guided by experienced and passionate professionals, walking through the bush provides the opportunity to properly engage with the natural world in the most timeless manner known to mankind. Multi-day walking safaris often involve sleeping in tents at night, or sometimes just under the cover of the night sky, making for an undeniably romantic setting.

Take to the air

Bi-planes and hot air balloons are both equally as glamourous and romantic, as they are wildly impractical for modern-day commercial travel, making a safari one of the only times where travelling this way is feasible. It is a throwback to the golden age of leisure travel that cannot be recreated elsewhere. 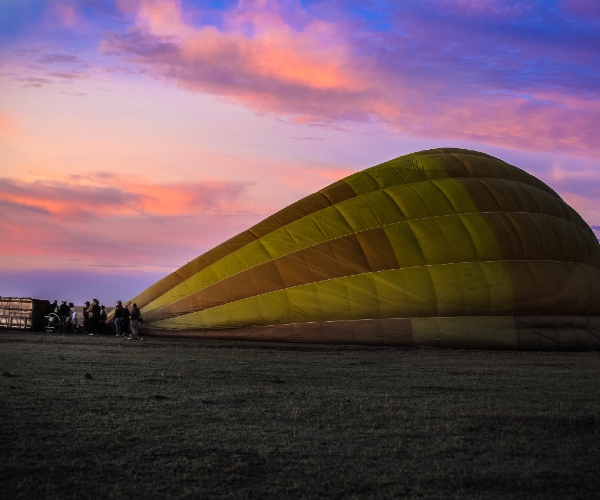 Gaining a bird’s eye perspective of any landscape allows you to appreciate the vastness and truly soak up the scenery, but few areas can compare to soaring over the golden plains and rolling hills of the Maasai Mara. This experience is particularly magical during the migration, when you will witness millions of animals grazing below you, and perhaps even a river crossing!

Horseback riding is another example of an authentic mode of travel where its impracticality in today’s world has only added to its glamourous appeal. 0nce used as a primary form of transport, it is now usually associated with wealth and the luxury of having spare time. Horseback safaris are not only a throwback to this old-fashioned and elegant activity, but they also provide a phenomenally immersive way to explore areas of terrain that are too difficult to reach by foot or vehicle. 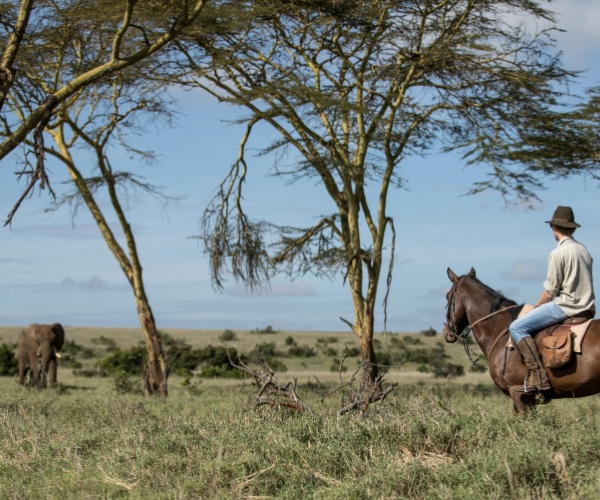 Wild animals also tend to be less deterred by the presence of humans on horseback, as they would by us on foot or in a vehicle, which allows riders to have a more intimate wildlife viewing experience with minimal disruption to the animals’ behaviour.

While the idea of electronic bicycles might be a far-cry from anything originally involved in safaris, the reasoning behind the introduction of this activity is sound. For decades now, traditional 4×4 game vehicles have been the go-to option for wildlife viewing. However, the impact of this started to become apparent years ago, especially in areas such as the Mara where too many vehicles, combined with overgrazing by cattle, has caused widespread erosion. Guided e-bikes excursions are a fun and interactive alternate way for guests to get out and experience the wilderness while helping to reduce the carbon emissions in the area. 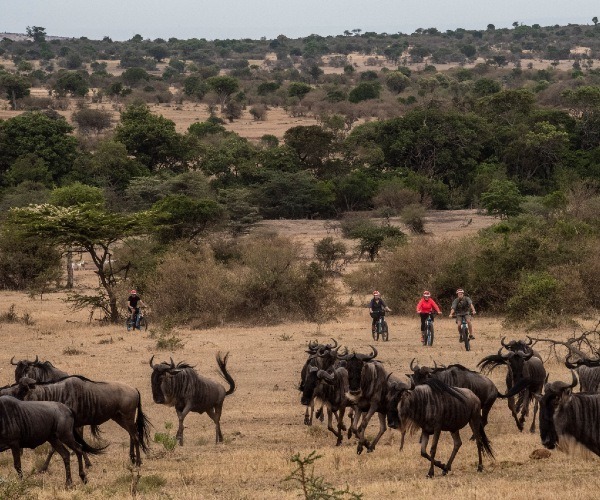 A safari might be one of the only travel experiences still available to travellers where the journey is just as much a part of the experience as the destination, and the timeless ‘glamour’ that accompanies that is part of what makes this experience still so popular more than a century after its original conception.

Calvin Cottar is Director and Owner at Cottar’s 1920s Safaris. Cottar’s 1920s Safaris is an award-winning luxury 1920s safari camp and private bush villa located in the famous ‘seventh’ natural wonder of the world, the Maasai Mara in Kenya, and owned and managed by the oldest established and continuing safari family in Africa.